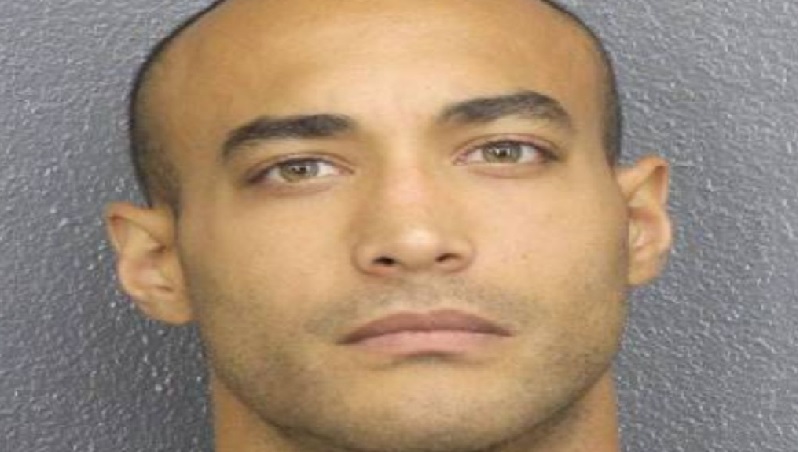 Coral Springs, Florida – According to court records, a Coral Springs man was arrested for assaulting a woman with a machete during a road-rage incident, causing damage to her car.

A 33-year-old, Norman Diaz Jr. of 11504 NW 42nd St., was the front passenger in a white Jeep riding down Northwest 38th Street on July 20 when an unspecified incident involving another vehicle set Diaz off, according to an arrest affidavit.

Diaz and the Jeep’s driver, identified by police as Nina Santana, got out of the Jeep and started “banging on [the victim’s] driver’s side window enticing her to get out of the car,” the affidavit states.

Coral Springs Police says, when the female victim remained in her car without responding, Diaz and Santana returned to the Jeep and drove off to their shared home on Northwest 42nd Street.

The victim followed the Jeep to their home, where she photographed the Jeep and its license plate, the affidavit states.

According to the records, while the victim was parked in a lot across from the home, Diaz emerged from inside carrying a machete, approached her driver’s side door, and told her “he was going to ‘chop her up’”.

He struck the driver’s side of her car with the machete, causing damage, and called the victim a “c–t, b—h, w—e,” according to police.

The victim drove away and called police, who she provided with photographs of Diaz carrying the weapon, the affidavit states.

According to police, Diaz was charged with aggravated assault with intent to commit a felony and criminal mischief.

Diaz was booked into the Broward Main Jail and released on a $10,000 bond.